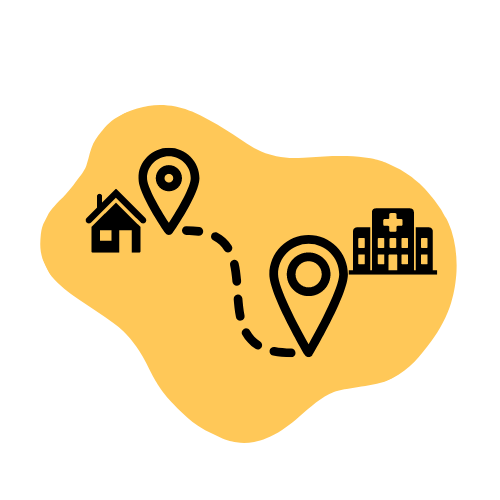 Tuberculosis is an infectious disease of the lungs that occurs in 10 million people each year, and causes 1.5 million deaths each year. Before Covid, tuberculosis was the biggest killer of all infectious diseases. Most infections happen in poorer countries in Africa and Asia. With the right treatment, tuberculosis can be fully cured, which makes it important that people who have symptoms like cough or fever seek medical help at a healh facility. The chance of a succesul treatment is higher when the diagnosis is made early in the disease.

It is thought that people will seek medical help faster if the health facility is close to their home. But the evidence for this is not clear. For a country like Tanzania (45 million people) this evidence is missing. We used information from a national survey on the extent of tuberculosis in the country done in 2012, to answer the question if people living close to a health facility go quicker to this facility when they have complaints that could be due to tuberculosis.

We visited houses in the entire country and asked people if they had complaints that could be caused by tuberculosis (cough, coughing-up blood, fever, weight loss, loss of apetite). We spoke to over 50,000 people and found almost 3,500 persons that had at least one of these symptoms. We asked the persons with symptoms if and where they had gone for medical help. We measered the distance between the houses of the people with symptoms and the nearest health facility. With this information we compared if people living closer to a health facility visited this facility more often than people living further away.

The conclusion of this study is that building more health facilities closer to people's home will likely not make people with symptoms visit these facilities more often. It will not speed up the diagnosis of tuberculosis and the start of good treatment. It is much more important that each of the health facilities will get the tools to test for tuberculosis. If that happens, people do not visit a health facility in vain when they want help for their symptoms.

git Published: The International Journal of Tuberculosis and Lung Disease (2022)